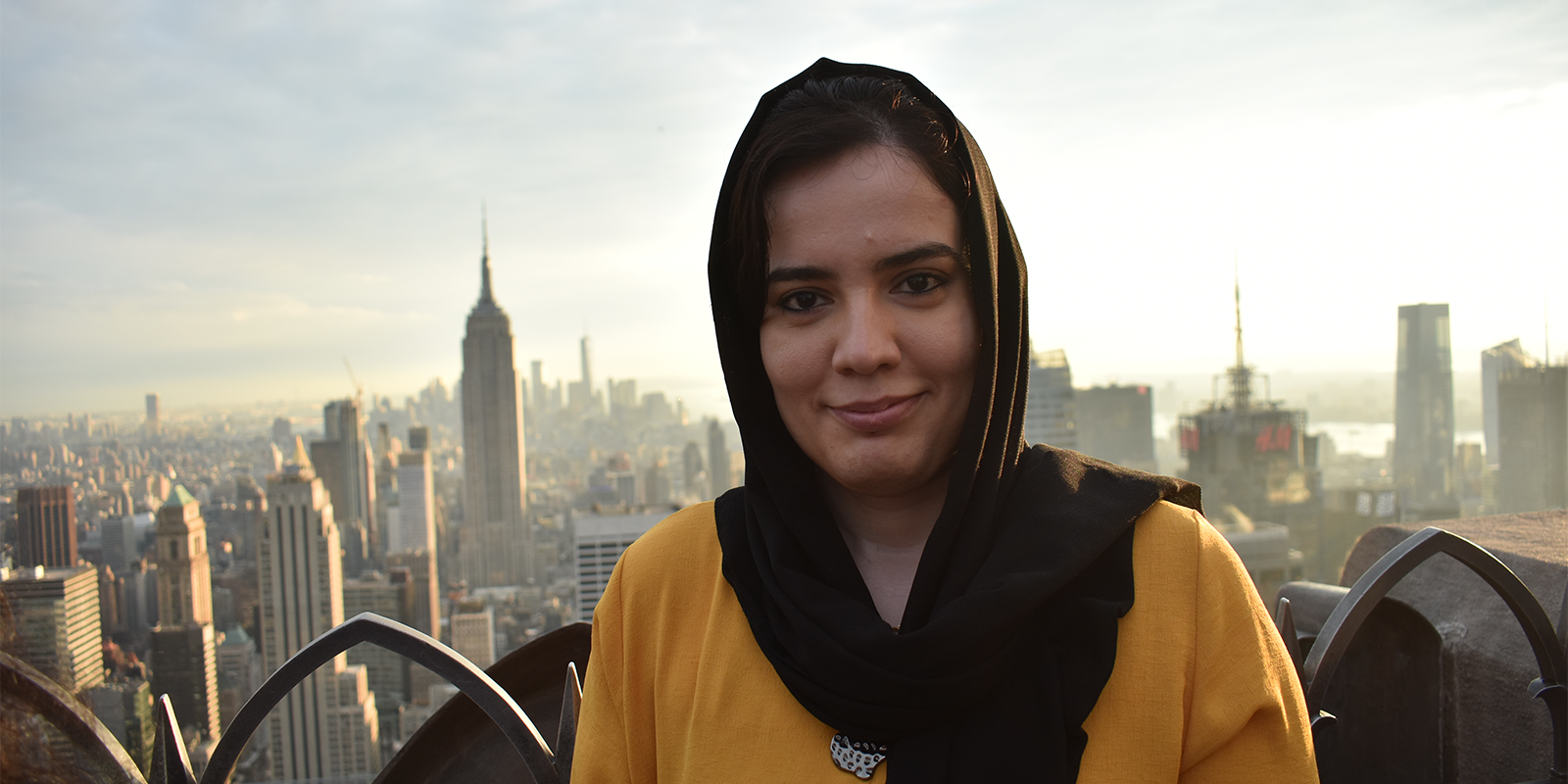 Carine is communications manager at Malala Fund. She manages communications for the Education Champion Network and works with Champions to build their media skills and elevate their profiles.

For Deema, the fight for girls’ education is personal. As a child, her family migrated to Pakistan after the Taliban banned girls’ education in Afghanistan. When they returned post-regime, Deema was in her final years of secondary school. “I’ve seen firsthand the particular challenges faced by girls and women,” said Deema. She remembers being only one of four female students in her class at university in Kabul.

Now as the programme manager at the Afghan Women’s Educational Center, Deema supports internally displaced people (IDP) and other returnee girls who have experienced an interruption in their education due to conflict. AWEC provides accelerated learning programmes that allow girls to catch up on missed lessons and re-enrol in formal education systems. AWEC also trains teachers to use different teaching approaches and methodologies to support children with trauma.

Deema’s work spans across Afghanistan to reach out-of-school girls in the most rural parts of the country where cultural and structural barriers — including a traditionally male-dominated society and social norms that favour boys’ education over girls’ — are widespread. In those communities, Deema facilitates dialogues and awareness programmes about the importance of education for girls. “Working with the community is critical for the success of our projects, knowing that some of the main barriers to girls' access to education reside in the family and in communities,” said Deema.

While in New York, Deema discussed her experience as a local activist with global education leaders. At an event hosted by FHI 360, the LEGO Foundation and UNESCO’s Global Education Monitoring (GEM) Report, she spoke about the role of social-emotional learning in emergencies. “We use art and drawing as a way for children to express themselves,” said Deema. “It also helps us to better understand the trauma the child is dealing with so we can provide more tailored emotional and psychosocial support.” At a panel discussion hosted by the International Education Funders Group, she called for increased investment in local education leaders during emergency situations.

How Malala Fund is responding to COVID-19